What is the lowest rung on the spiritual ladder?

I am mystified by those who claim to be pious because they attend church weekly without fail. Those who participate in the rituals, memorizing every word of text in their holy manuscript while claiming to have eternal life. These are the ones that exude enthusiasm that they have climbed the ladder to the very top while never having left the lowest rung. 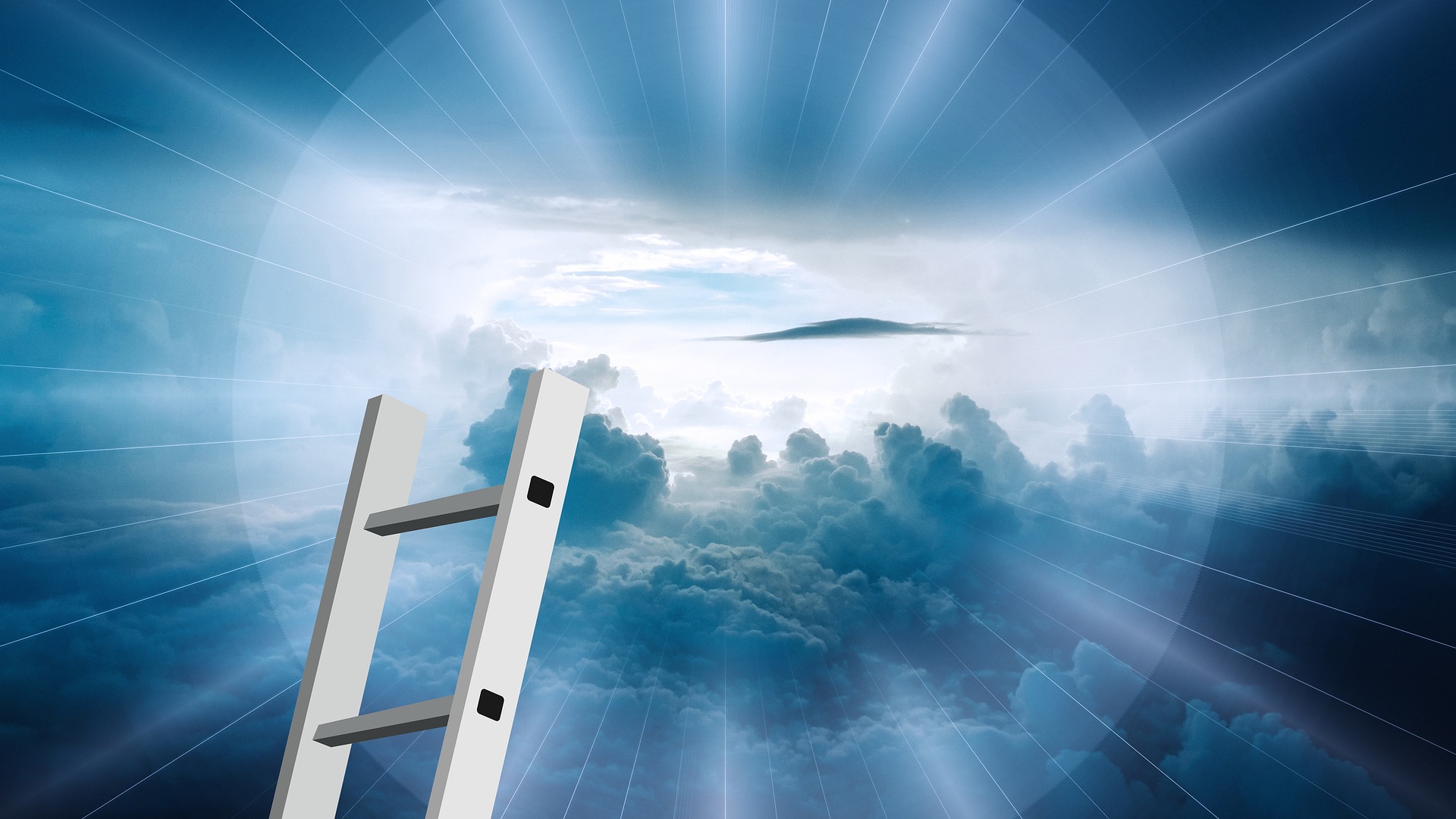 There is a spiritual maturity that does exist.  I have no doubt about that and climbing the ladder to the top is not as difficult as most believe. During the times of ancient philosophers such as Socrates, Plato and Aristotle, this was known but accessible to only a few. Nowadays, conjecture by religious practitioners deny that such a maturity can be had in the here and now, leaving the multitudes of parishioners believing that such treasure can only be had in some celestial realm once death has arrived.

The first and foremost step in climbing the ladder to spiritual Enlightenment is to plant oneself firmly on the ground doing the dirty work of cleaning house to prepare for the climb. There is a necessity to have the right mindfulness before entering a different, Ultimate Reality. It is not only wise but prudent to have the correct tools before journeying to the task. There is nothing worse than gaining the greatest treasure that can be had only to find out that you were ill prepared to deal with it. There are programs available that do just that: cleaning house. The 12 Step programs are designed specifically for those afflicted with compulsion and/or addiction. Any good program that purports to access a spiritual awakening will be designed in such a manner.

The next step is preparing for the Awakening. There is not one ladder but two.  Imagine placing your feet on the highest rung of the first ladder, leaping from that known ladder to the second ladder just above it. The distance between these two ladders will feel infinitely large but the gap is no further than arm’s length. Now, stop dreaming, place your foot on the second rung of the first ladder beginning the ascent. Awakening is the goal!

Once the second ladder known as Ultimate Reality has been grasped there will be great intoxication from being in a state of Agape Love, Compassion, Liberation, and Connectedness. In this state there will be no parameters or guardrails for the freedom that is to be enjoyed. If the proper house cleaning was previously done and the right tools gathered this will be the greatest experience that can be had. If not there can be dire consequences had by yourself and others. Consider being in a state of giving with no limits; one may give everything away leaving them without the shirt on their back. This is the gateway of freedom, but responsibility isn’t a highlight here. This is the awakened state but not a mature state of Enlightenment.

“Compassion is the highest order of humanity.”

Continue climbing, the next rung will usher in responsibility and begin replacing personal opinions with Universal Knowledge. This will be the hardest transition in the Enlightenment process. Who would ever want to leave ultimate freedom behind? Waking up into this state is sobering as compared to the first,  but none the less exhilarating.

Continue the climb into the state of Universal Truth where other worldly vision is discovered yielding way to absolute morality and ethics. Freedom and responsibility without morality can lead to tragedy. This is when maturity truly begins and refinement of virtue occurs. Don’t get stuck here; absolutes don’t offer plasticity causing fragility or rigidity both of which are not conducive to living a balanced life.

Continue to climb into the next state of Universal Understanding where discoveries and insights of others become yours. This is when flexibility is added to those previous absolutes creating the correct mindset to not be so judgmental. By residing in this state, weighing the decisions that others have made, good or bad, one will begin to notice negative consequences leaving their everyday existence. Keep going!

One rung left to traverse in order to gain spiritual maturity, true Enlightenment. This is where the culmination of the previous four states merge into one called Wisdom. Wisdom is more than the ability to create pithy quotes that dazzle the masses. All quotes of wisdom harbor two qualities: omniscience and timelessness. These qualities are the essence of the enlightened person and in every action, decision and interaction will be of the highest consideration prior to initiation.

“Wisdom is the highest order of Self.”

What is the spiritually mature supposed to do after acquiring such treasure and insights? Plant your feet firmly on the ground once again where the journey began and get to work. There is no job, no situation, no relationship, no interaction that can afford the absence of Wisdom.

If one remains on the lowest rung of the spiritual ladder it is guaranteed that they will reflect their God’s image; a bible, hard cover, numerous pages with writing in the middle and not a first edition. For those who gain spiritual maturity, they will be imbued with Universal Love, Knowledge, Truth, Understanding and Wisdom, all of which are attributes of the Divine and eternal in nature.