What is the problem?

When in the course of human events, it becomes necessary for one people to dissolve the political bands which have connected them to another, and to assume among the powers of the earth, the separate and equal station to which the Law of Nature and of Nature’s God entitle them, a decent respect to the opinions of mankind require that they should declare the causes which impel them to the separation. 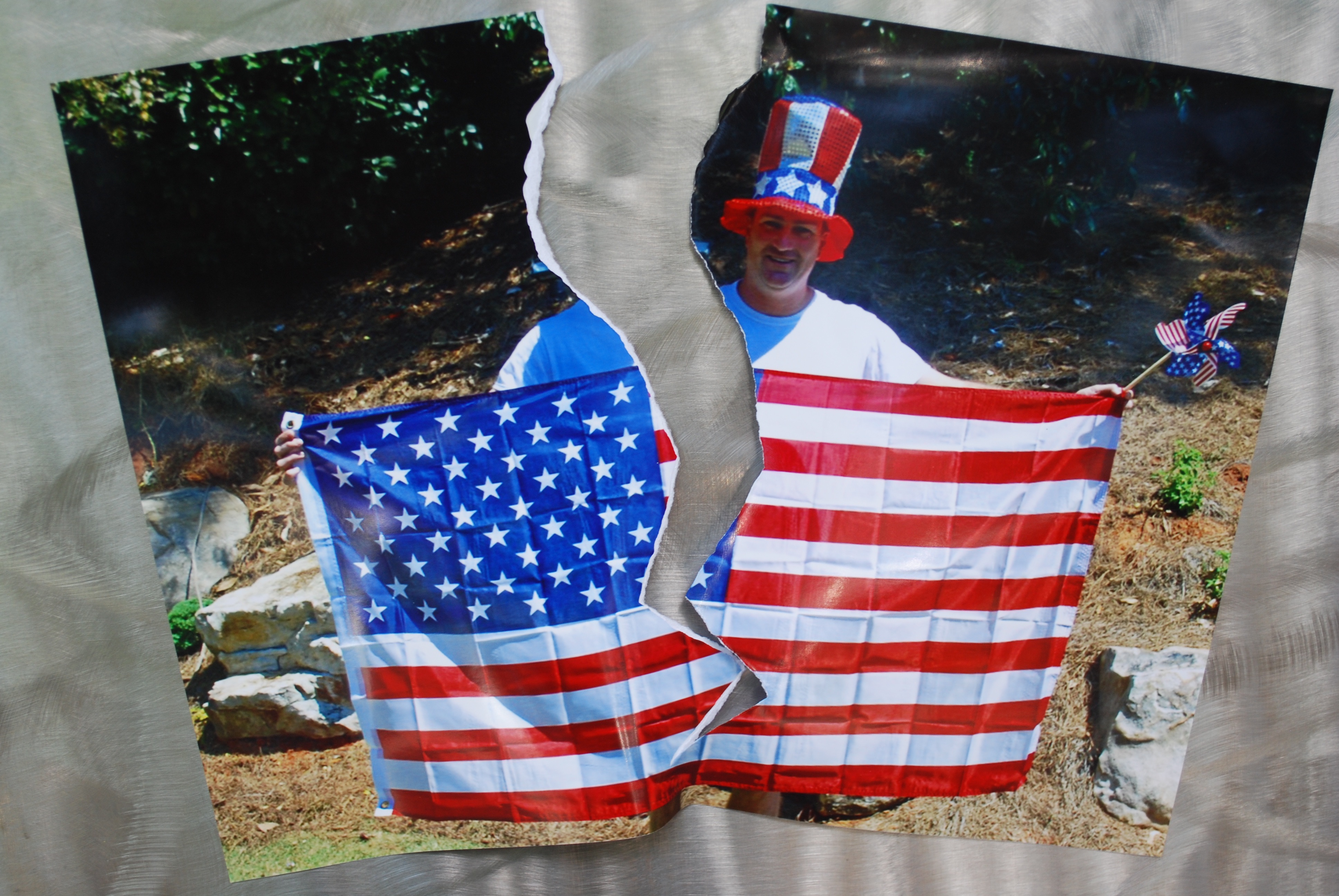 We have a problem here in the United States. We have a Liberal, Conservative, wealth, poverty, Wall Street, Occupy Wall Street problem. We have polarization to the extreme concerning religion, education, healthcare, entitlements, marriage, marijuana, race issues; the list is endless. Which side are you on? Where do you stand on the issue of the moment? I want you to see, like the All Seeing Eye on the one dollar bill, how divided we really are. I want you to harness whatever feelings arise as I describe an all too realistic scenario:

This person does not have a job, they wake-up, take care of their domestic chores, walk out to their mailbox, open it, take out the check and they are off for the day. Before doing whatever it is that they do, a glance in their refrigerator demands a trip to the grocery store. Upon loading up the shopping cart they proceed to the check out with a debit card issued in their name, funds provided by someone else. This person is eligible for free educational benefits, i.e. not costing them one red cent, but for whatever reason they do not use them. You know it! Off to the doctors anytime they have a sniffle or sneeze. Why? Because they can! Are you angry? Who is it that you conjured in your mind? Did you see the freeloader the Right wants you to see? Did you see the Trust Fund Baby that the left wants you to envision? Perhaps you saw a stay at home mom or dad, “funds provided by someone else.” Yes, their spouse. Or maybe you saw a retiree?

The bottom line is that not enough facts were offered for anyone to make an informed decision as to whom I was talking about but the result is usually anger. This is emotionalism. This is known as subjective reality, a reality based on shifting and directed emotionalism, sensationalism and yes, hormonalism. This is done to instill fear and rob you of your Creator-endowed powers. Why is OUR country like this? Quite simply, when the sheep are scattered you need a herder. The more scattering, the more herders. And frankly, discord, disharmony, division, strife and conflict are more profitable than the converse. You are the consumer of division whether you like it or not.

Division is not what the enlightened founding fathers of our nation envisioned when creating this great experiment. Our Declaration of Independence supported an all inclusive (omniscient) quality and timeless (eternal) presence that has influenced no less than 100 other countries in drafting their own declarations. The division that has been created by our two party system has led us to the brink of anarchy while distracting us with trivial emotional drivel that widens the chasm between us. Whether we want to admit it or not, we as a nation are divided. The Declaration of Independence itself was a proclamation to remove such tyranny of division in order to flourish in a unified manner. When such unity is realized, incredible endowments can not only flourish but prosper.

There is nothing which I dread so much as a division of the republic into two great parties, each arranged under its leader, and concerting measures in opposition to each other. This, in my humble apprehension, is to be dreaded as the greatest political evil under our Constitution.

This course is not an overview about the Age of Enlightenment or a history lesson. I wish that something worldly, such as a certain religion, media outlet, organization or representative could give you all the answers in correcting this division, but none can be offered. This course is not about fixing the division of the world but remedying you from existing as a fraction (division). By doing so, discord, disharmony, strife, and conflict will be removed from within; the only place that real transformation can occur, allowing certain faculties to not only flourish but prosper. You were not meant to exist as a fraction functioning in a tumultuous democracy of emotional reaction and consequence.

It is time for you to respectfully Declare your Independence from a fleeting, directed subjective reality to your preordained fixed, immovable, and powerful Objective Reality. The time for existing in the burden of division and functioning as a fragment of who you truly are has expired. You were created, it is time to show you how to live! At the time of this writing, the US population = 317,107,571 and you may be one of them. This means that you are 1/317,107,571 of the population as a whole. Now take into consideration the world population: at the time of this writing = 7,125,761,401. That means each of us is a minuscule 1/7,125,761,401 fraction of the whole.

We hold these truths to be self-evident, that all men are created equal, that they are endowed by their Creator with certain unalienable Rights, that among these are Life, Liberty and the pursuit of Happiness.

Perhaps back in 1776 these truths were self-evident, but unfortunately, today they are not. Many of the signers of the Declaration were enlightened; they had the experience offered here. Instantly you may visualize that these men were members of academia, wealthy and powerful, so this experience can't be had by you. Wrong! Enlightenment afforded these men avenues to academics, wealth, and power.  It is that Oneness where all real power arises. Those powers that have been instilled by the Creator are: Universal Love, Knowledge, Truth, Understanding, and Wisdom. These treasures are already endowed, unalienable, and all equal; this is already within you. You just need the key to open the door to Life, Liberation, and Happiness.

When enlightenment occurs, the world will not change but a global impact will be experienced by you.

Audioslave - Show Me How to Live

Are you ready to Declare your Independence from subjective reality caused from division, both outside and within?