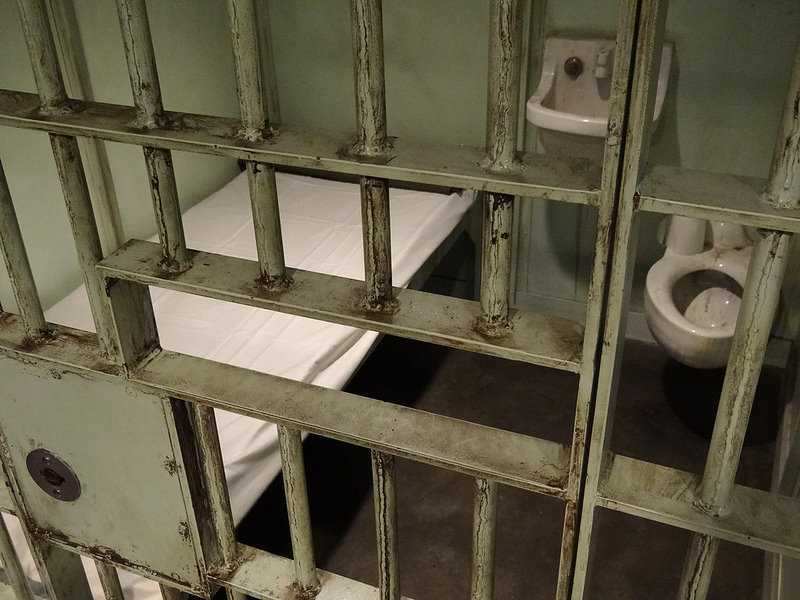 At one point in my life I was working as a scale operator for a metal recycling plant in North Carolina. This was a clean and warm white collar position compared to the steam cleaning job that started me off in the scrap industry in Chicago three years earlier. It was a chilly dark morning in Winston-Salem around 7:00 am when I arrived to start up the computers, reconcile some paperwork from the previous day and ready myself for an onslaught of customers. After completing my tasks I still had about 15 minutes until we officially opened so I enjoyed my cup of coffee outside standing on the truck scale. It was there that I saw the silhouettes of two men balancing something large on a shopping cart coming toward me prepared to sell their bounty. They would be my first customers of the day.

These two guys were not regulars in the sense that I did not deal with them three or more times a day but were of the vagrant type which was usual and customary. I knew that whatever they were going to sell came from within a half mile radius of the local grocery store, less than two blocks from us, because of the logo on the cart. Besides, homeless guys with a shopping cart would appear quite odd outside that circle just like a scrapyard with a noisy shred operation being located near a gated community would not be tolerated. What they had on that shopping cart was of real interest to me, a professionally built custom aluminum handicap ramp along with other items. I thought I had seen it all but this was a first.

When I asked these two characters where they got the ramp from I received the somewhat standard answer, “My uncle gave it to us.” One bad uncle who travels around urban decay depositing stolen merchandise into the hands of innocent people to salvage in scrapyards for cash, kind of like Santa Claus but even more generous. I had standing before me one guy smiling cheerfully claiming his uncle no longer needed it and the other standing there shrugging his shoulders with red tipped ears looking at the ground. Next to them was one handicap ramp teetering on a shopping cart. The man with the smile was leaning heavily on the end of the ramp so it would not fall over. Am I to believe that perhaps this guy’s uncle went to a Pentecostal Revival the night before and having had a miraculous experience really didn’t need it anymore? Or, maybe the uncle is deceased from unnatural causes and really doesn’t need it anymore. How this ramp ended up on my scale was anyone's guess except for the two guys standing in front of me. What a way to start a day.

The question to myself was what to do. Call the police, knowing that these guys would disappear into the nearby woods before the police get there, turn them away aware that a less scrupulous scrapyard will buy this no questions asked or buy it and return it to its rightful owner if they are still alive. I chose to buy it and return it to the rightful owner after contacting the police with these guys descriptions.

Ironically, upon contacting the police and while I was giving them my statement the phone rang at the scale. I could tell the person on the other end was an elderly woman in despair. “Has anyone brought in a handicap ramp?”, she asked. In response, I asked if her name was so-and-so, do you live at so-and-so in apartment so-and-so? I could hear her amazement when she answered, “yes.” She asked if I was like that psychic guy on T.V. who could talk to dead people? My reply, “No ma’am, if you look around you will notice your mailbox is also missing and your mail is still in it!”

Less than an hour later the woman had her ramp, mailbox and mail and was highly appreciative for their return. She was in disbelief that two men would steal her ramp and rip her mailbox off the wall for $30.00. One day of working at our scale and she would no longer be a disbeliever or believer but a bonafide knower that parameters on such activity do not exist.

Two days later the police stopped by to verify that the two guys sitting in the back of their car were the same two who sold the ramp and mailbox. Wearing the same clothes as those worn during our encounter they were easily identified and then taken away to be locked up!

On this same day I had a huge epiphany, perhaps inspired from dealing with so many thieves, maybe just these two or perhaps it was that teetering ramp. Whichever the cause I do not know, however the effects would be profound. I came to realize with a little research that greater than one percent of the United States population are housed behind bars or have been. My discovery was that there is one underlying reason that these one percenters are no longer enjoying freedom like the rest of us.

The reason why they are retained in cages like animals in a zoo is selfishness.

Locked Up From Within 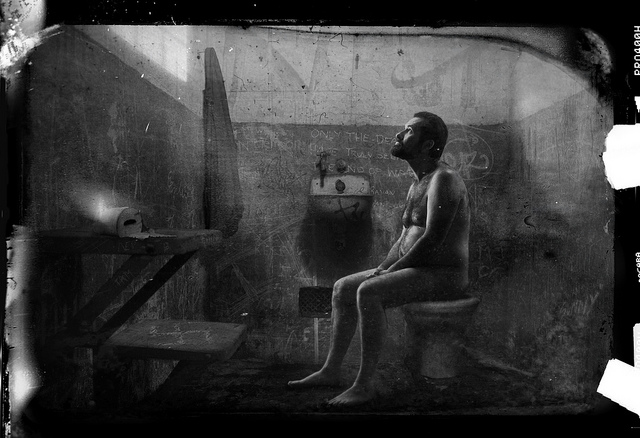 What these two men represent exists inside of all of us. However, most are unaware that we live every moment of our lives submitting to the democracy of freedom and responsibility and every action that we take corresponds to the majority vote. It is these decisions and actions that can cause us to be locked up from within, imprisoned in arrogance, regret, resentment, and guilt. Often the case, the bars and encasement are no less dense than those housing the one percenters, they are just not visible or perhaps they are.

With beautiful complexions, wearing the finest clothes and traveling in elite machines they traverse society with elegant words that never ruffle the feathers of another. Attendance at church is without fail, always showing up early to get the best spot. They donate to the correct charity, even sacrificing their time to what their group finds worthy. However, when encountered by the panhandler who lacks everything they have, they turn away in disgust and repulsion without giving so much as a token. By all outwardly appearances they have it all; material, emotional and spiritual success but on the inside there is another story. There is a lack of that something of which they do not know. They have an abundance of compassion for the defined norm but what exists beyond their confines and on the other side of the fence is not of their concern. Theirs is a life of aristocracy. They are locked up from within. Have you ever met such individuals?

Balance is not theirs, the full measure of life alludes them while they enjoy opulent freedom.

He is an unapproachable guy, the one whose face is weathered from a lifetime of emotional disdain. He is that antisocial one who perceives he has been dealt injustice greater than anyone else by societies elites and feels entitled to what they have with no application of effort. He sits behind his self imposed bars with a hacksaw in hand but is immobilized with inaction because he lacks courage. Cynicism is his shield, an outward expression of his jealousy and envy to possess what others have and this is his excuse to remain locked up. He self medicates with whatever is available filling the void with somnolent bliss to quiet his floundering spirit which wishes to be free. The scars that cover his heart are hideous and cause contracture of his mind. He wants that thing, that that, that whatever it is but does not know what it is. He is the peasant who wants to be king while remaining a peasant. He is locked up from within. Have you ever met such an individual?

Balance and life are not his to be had by self imposition. Freedom and responsibility will evade this man for just one more day and another.

Have you ever met that individual who just always seems to be happy and content while you are viewing them and their actions as maladjusted compared to societies norms. You know, maybe that biker looking type who smokes, doesn’t go to church, cusses, rants and raves but happens to be a general surgeon at your local hospital. This person exhibits freedom on their skin in the form of tattoos like the plume of a peacock while taking on one of the most responsible positions in all of society. That one person that you know without a doubt that if you ever needed anything they would be there for you or anyone else for that matter. The kind of person that will save your life not because of a hippocratic oath or for money but just because that is what needs to be done. Probably not! This person is not locked up.

Their ramp is of extreme length, freedom extending beyond societies comfort and responsibility where most would not venture. This person lives like a true king or queen, a life of balance and full measure.

These are extreme examples on a bell curve where subtleties are the majority. Freedom without responsibility leads to chaos within, an imbalance and a lack of that something. Impatience, ease to anger, jealousy, envy, self-seeking, pride, and arrogance are amongst some of the visible symptoms of one who is doing time. Whatever decision or indecision, action or inaction they have committed, they have convicted and imprisoned themselves behind bars. The amount of time these perpetrators have shackled themselves with is usually a life sentence. Have you ever met anyone like this?

Nine Inch Nails - We're in This Together

The Red Nation shall rise again; and it shall be a blessing for a sick world; a world filled with broken promises, selfishness and separations; a world longing for light again.

I see a time of Seven Generations when all the colors of mankind will gather under the Sacred Tree of Life and the whole Earth will become one circle again.

In that day, there will be those among the Lakota who will carry knowledge and understanding of unity among all living things and the young white ones will come to those of my people and ask for this wisdom.

Salute the light within your eyes where the whole Universe dwells. For when you are at that center within you and I am that place within me, we shall be one.

Are you locked up from within? Are you ready to wake up and stop doing time?